You are using an out of date browser. It may not display this or other websites correctly.
You should upgrade or use an alternative browser.

What to watch for:

Another clash of the haves vs. the have-nots for Real Salt Lake. Real hasn't yielded to the big clubs yet but are they in over their head against the perfect Reds?

Clint Dempsey is still out on suspension but Seattle didn't seem to miss him last week. Can Seattle stop Federico Higuain and the unbeaten Columbus Crew?

The young guns from Colorado are picking up where they left off last year, the reigning champs are still trying to shake off the pain of CCL.

Dallas is one of the hottest teams in MLS and Portland are one of the coldest. Can Portland find their form against Oscar Pareja's men?

Will Bruin and Oscar Boniek Garcia have been dominating but the two breakout stars in Vancouver, Kekuta Mennah and Sebastian Fernandez, might steal their thunder. 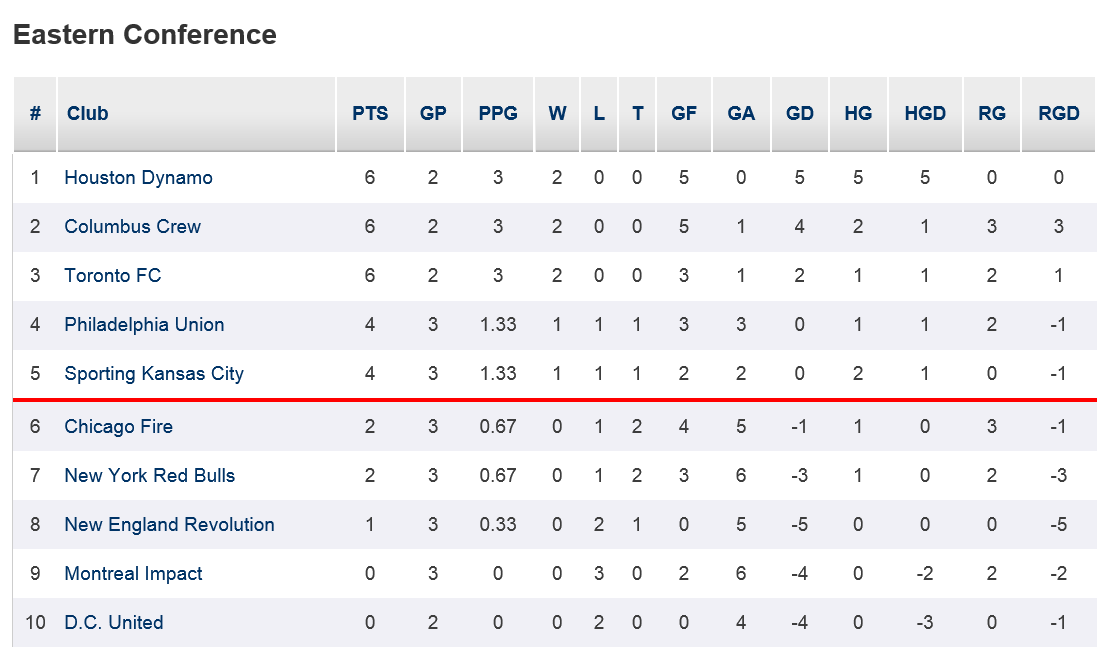 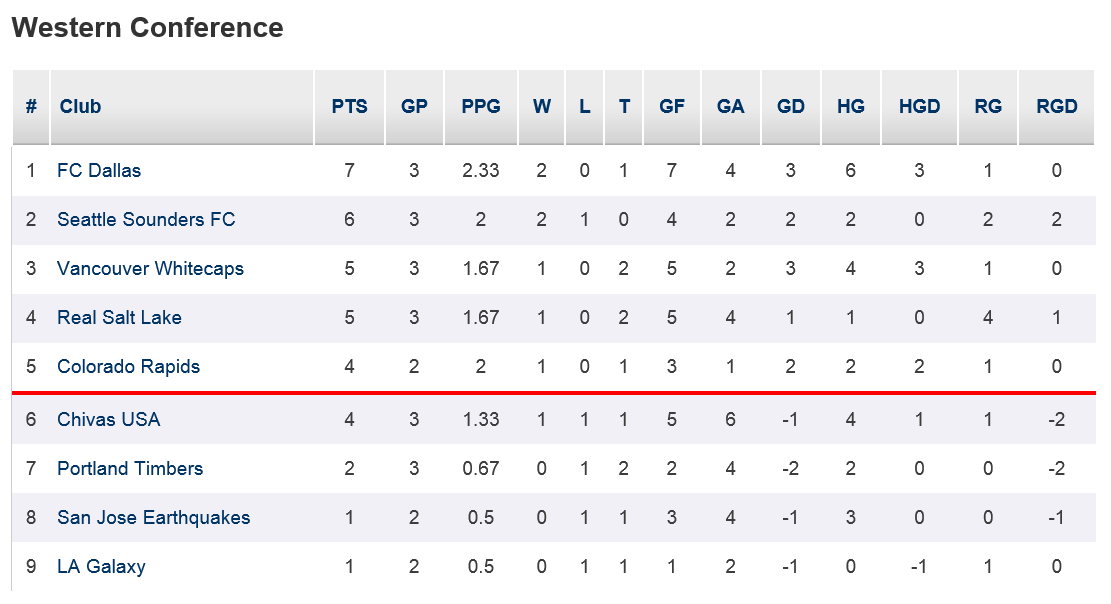 If you don't do this for every matchday I'm gonna be disappointed.

RFK Stadium is empty for the DC United game

Philly game's attendance is pretty light, too. Cold and rainy.

I'm really becoming a fan of Jack Mac. Guy is a lot of fun to watch. Maybe we can get him in NY?

Coming from someone in Philly right now, I would not wanna be out there right now either especially against a lousy Montreal squad.

What a goal by Amarikwa to draw the Fire level with DCU in the 82nd minute. Definite Goal of the Week candidate.

I think SKC just got screwed and LOL at Philadelphia dropping two points just after Montreal went down to 10 men. Di Viao's goal was sublime though.

Whitecaps really controlling the game against Houston. Up 1-0

Unfortunately none of the games are televised for me right now :/ was really looking forward to the TOR game.
So much for me thinking they were going to go undefeated haha

WOW! I realize we've had three straight days of cold & rain and they are playing Chivas, but did they forget to unlock the doors at Red Bull Arena?

All the East teams' attendances got decimated by the rainy weather to be fair.

Philly and DC were this bad, too.

There were some great games this week though. Columbus vs. Seattle, RSL vs. Toronto, Philly vs. Montreal, Sporting KC vs. Colorado

1-0 at the half. Not a bad 45 minutes of play, but the way Chivas has been diving all over the field would make Drogba envious.

Intriguing interview on MSG at halftime with the interim Chivas USA President.

Sounded kind of upset that he just heard the rumor of the "LA Gunners" just last week.

He said "Yeah, I just heard that rumor last week when I was in LA. I would think that any interested ownership group would come and speak with us at some point."

Sounds like there's very little communication between MLS HQ in NY and Chivas.

LOL, I had no idea the match was on MSG.......I've been watching Univision. Where's the remote?

That shot by Dax was pretty damn impressive though.

1-1 final.
Another stoppage time goal! What an intense second half!
You must log in or register to reply here.